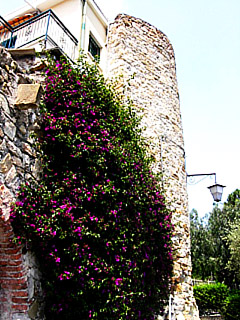 Russian oligarch Roman Abramovich lost his villa on Sardinia. Property of the famous billionaire at the Porto Cervo resort was arrested by the decision of the local court in the case of illegal construction works.

On Sardinia are clear rules of building in resort areas. At the same time for several luxury resorts, which include Porto Cervo, the requirements for developers can be extremely tough. Abramovich’s villa Cala di Volpe on Sardinia fall into sight of the provincial procurator of Arachena due to violations of building codes regarding building height and because of the neglect of its architectural features, reports ilsole24ore.com.

Litigation on Abramovich’s property on Sardinia continues throughout 2011. The current incident was the reason to fire the chief architect of the villa - Italian Maurizio Pili.

It should be noted that Abramovich and Pili earlier initiated another trial. Then both sides were dissatisfied with the reconstruction project and filed multimillion-dollar lawsuits to each other.

It is unknown what will be the result of the new suit. We can only note that at present all over Italy began to uncover numerous violations in connection with the restructuring of the historic buildings without the consent of the regional administrations. Thus, several villas were arrested on Sicily. The reason was the absence of permits for construction within the territories under the UNESCO protection. In April 2011 another representative of the "super rich" class - the head of Ferrari Luca di Montezemolo - appeared in court as he voluntarily restored historic villa on Capri, reports euromag.ru.

Porto Cervo is the capital of the Costa Smeralda resort region and a center of luxury holidays in Italy, where many world famous people buy real estate. Here is opened one of the most expensive clubs in the country - Billionaires. This club was at the center of another scandal with Russian tourists. Then the group of young people from Russia after spending all night in Billionaires ran away from the club without paying the account for 86 000 Euros.