380 million Euros for road reconstruction were stolen in Italy 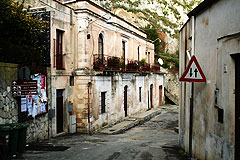 According to the results of the investigation carried out by the special EU commission, it was found that construction of the A3 highway between the towns of Salerno and Reggio di Calabria connected with corruption schemes and abuses. 380 million Euros were stolen during the reconstruction of the highway.

A3 highway, which connects Naples and Reggio Calabria, is one of the most long-lasting construction projects in Italy. The road was opened in 1964 and became the first Italian road, which connected Calabria and Campania. Calabria at the time was cut off from the rest of the country and was known as the "third island of Italy" along with Sicily and Sardinia. The new road became a kind of "way of life".

However, due to the fact that the road was built according to the «strada statale» standards, which are inferior in quality to the "highway", in the 1990s it was decided to begin its reconstruction. Work started in 1997. It was planned to be completed in 2003. But the construction was not completed even in 2010. For its unfinished condition highway between Salerno and Reggio Calabria was called the "main shame of Italy". At present the reconstruction covered slightly more than half of the highway. The new deadline is 2014.

Calabria and Campania are the regions, which today are suffering from Ndrangeta, mafia, which influence has recently been ranked higher than the Sicilian Cosa Nostra. Penetration of Ndrangeta into the administrative structures is so great that a number of Italian politicians say about the possible complete loss of control of the two regions from the government structure.

However the case of returning 380 million Euros has become very painful for the Italian taxpayers, who were forced to pay for the mafia. Italy is now suffering from severe financial difficulties as it has to pay the external debt estimated at about 1.9 trillion Euros.